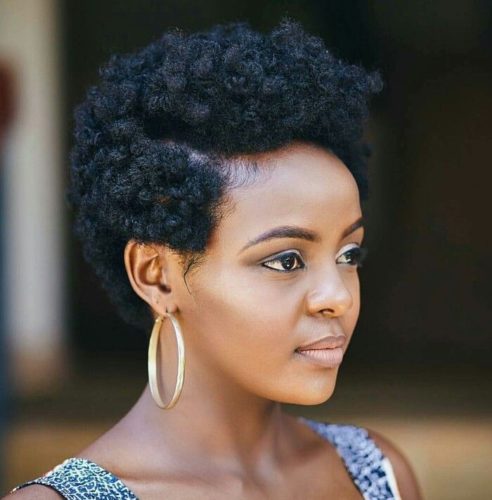 I am now a writer for the WE BUY BLACK blog, and this was my second article, and it definitely got an immense amount of comments.

Ooooooooooooo man, Black women and their natural hair is a very very touchy subject.  Depending on what is said, there is a possibility that one could receive a firm cussing out. I was a witness to this a couple of days ago while trolling through social media comments.

I’ve been seeing a couple of IG/FB posts about Black men liking natural hair and whether they should have a say so on how their woman styles her hair, and/or if they should be informed if she decides to go ahead with the big chop.

From looking at some of the comments, it seems that the answers varied a bit.  Some women claim it’s their hair, so they can do what they want with it.  Some thought it would be nice to at least let your man know first if you’re planning on making a change, especially if you’ve been together for a while.  Some women claimed that even with them having natural hair, their men prefer for them to wear it straight all the time.

I think I can see the points of all 3 sides; it is indeed your hair and if you’re embracing that, then you should do as you please.  Natural hair is a hot topic these days and with everything ELSE going on in this world, black women feel the need to express themselves how they see fit; with no repercussions or critique from anyone.  Ladies, If you’ve been with your man for quite a few years, it should be a quick conversation about your plans to make a drastic change such as “the big chop”.  I feel that there is an immense amount of confusion about this particular convo; most black women are under the impression that having this conversation meant they were asking for permission from their significant other, rather than just running it by him.

As for the women who claimed their men liked straight hair, apparently it’s just their preference.  It does depend on your environment, and how you were brought up.  Some guys have seen their mother, sisters, and aunts with nothing but straight hair so that’s all they know.  Other men stated that straight hair is their particular preference, not because they’re trying to impose European standards onto their woman, but because they like to play in hair.  They just want to run their hands through without any obstacles.

What do you all think? Let’s speak on it…

Make sure to visit We Buy Black HERE

5 thoughts on “LADIES, DOES YOUR MAN HAVE A SAY SO ON HOW YOU STYLE YOUR HAIR?”